Recently, I have written some VERY long articles.
About these articles, maybe you are thinking about “It takes a VERY long time to read your boring article" or "these are not diaries anyways?".

So I wrote a short and interesting story this time!

It is a story of Disney Land that everyone loves♪

“What the hell are you doing in front of my house?"

The other day, I watched (while lying on the floor) the news that "Waiting time of adomission of the Mickey Mouse's house  has reached 11 hours because of his 90th birth anniversary.”.

That means if you lined up at 8am in front of his house, you could enter at 7 pm finally.
Can you believe it?  That is JUST a house of "rat"  !

On the contrary, there is a very scary point of view from the rat who lives in this house.
What would you feel if you had an 11 hours queue in front of your house?
It almost seems like a nightmare! Why they are putting me under surveillance???

He may open a small window (shaped like Mickey) every an hour, and may being scared about the outside situation.
"Help me!!! They are still there!!" 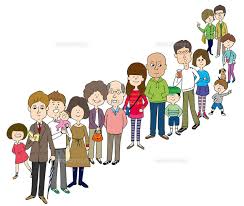 I think the same thing about people who are running around "the Imperial Palace" every day.

This is very scary.

If dozens of people are constantly running around your house day and night, it is nightmare.
He opens a small window (shape of the Emperor) every an hour in fear,and screams.